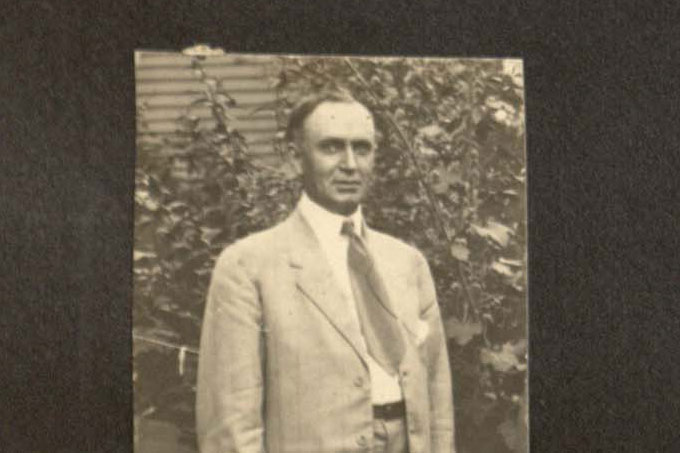 By Jessica Bright and Kalyna Melnyk

Mysteries within archives abound, and the Travel Photograph Album, 1910, is no different. The Travel Photograph Album is a scrapbook that someone made of their trip abroad, featuring captioned photographs. Two mysteries cropped up while creating this digital collection. First, there was a ship that the group traveled on, the Kaiser Wilhelm II, which appeared to have sunk in 1908. This is problematic as the group was on the ship in 1910. Second, its exact creator is unknown. The only identifying information is a cheeky “Yours truly” on page 5 of the album.

Archives staff hope that the identity of “Yours truly” can be crowd-sourced by using the Scripto transcription function of Omeka, the University Libraries’ new publishing platform. This feature allows users to add a comment if they recognize the people or photographs in our digital collections. To do this, scroll to the bottom of the page and find the field titled “Transcribe This Item.” Click the link and provide identifying information for the picture or document.

These two historical mysteries show that some mysteries are trickier than others, but ultimately can be solved.