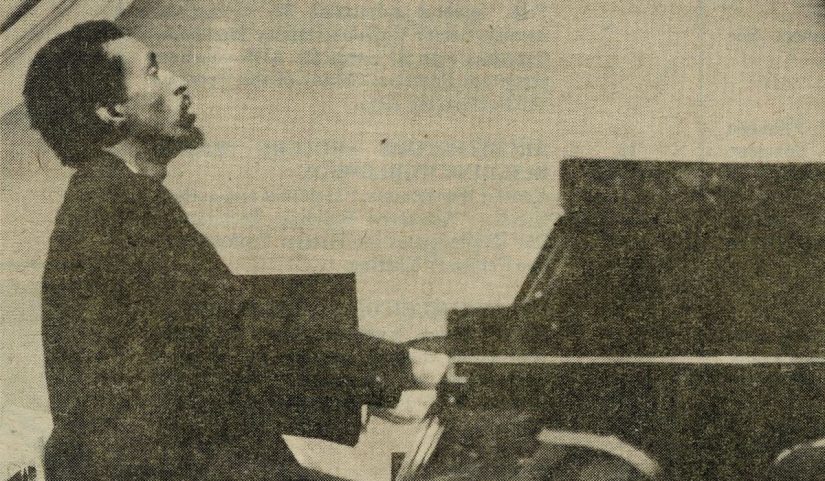 The Music Library is pleased to announce its new exhibit, Performing the Music of Julius Eastman, currently on display in the library.

The exhibit contains writings about the multi-talented Julius Eastman (1940-1990) by three musicians who worked with him in Buffalo and New York City: Jan Williams, Joseph Kubera, and Bobby Previte. It also includes text by Eastman scholar Jeff Weston about the challenges presented by the notational practices of Eastman in his scores and text by John Smigielski about the three works presented on a famous concert at Northwestern University in 1980. The exhibit also features rarely-seen photographs of Julius Eastman by former Buffalo resident Chris Rusiniak.

Eastman’s music remained in relative obscurity until recently. Renée Levine-Packer and Mary Jane Leach co-edited a collection of writings about Eastman titled Gay guerrilla : Julius Eastman and his music in 2015 and the level of attention to Eastman’s life and career has greatly increased since then. While the Music Library does not hold a single Julius Eastman collection, it does hold extensive documentation about Eastman’s career here in Buffalo and at UB, both as a Creative Associate and as a faculty member.

The exhibit complements the Burchfield-Penney Art Center’s night of Julius Eastman events  Friday, Feb. 10th.   The program of events is listed online at: