In the Name of Friendship: Robert Frost & Victor E. Reichert 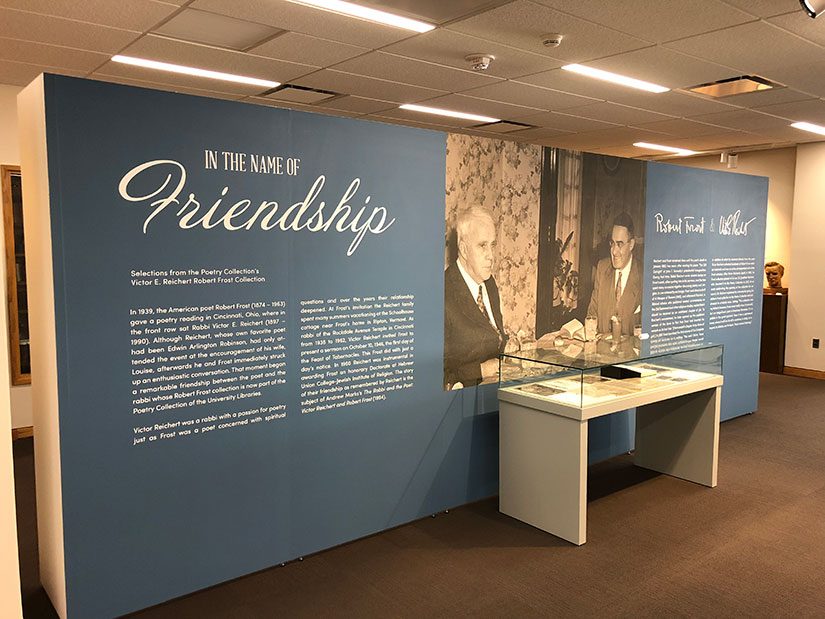 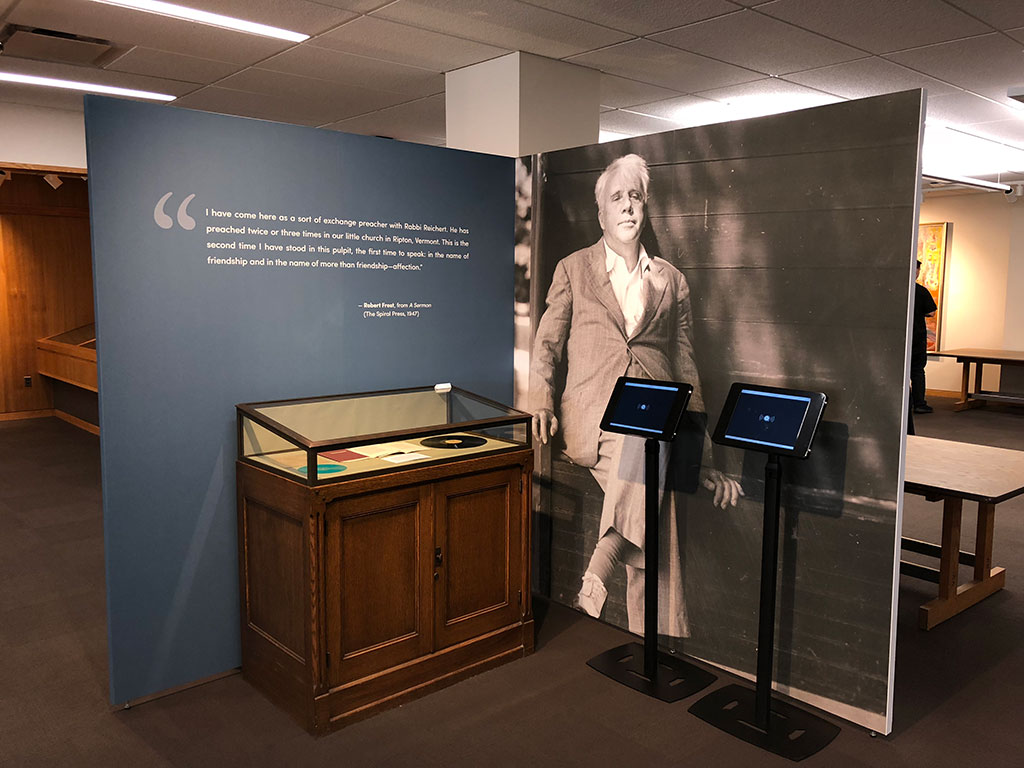 Documenting the friendship and interfaith dialogue between the American poet Frost (1874-1963) and Victor Reichert (1897-1990), longtime rabbi of the Rockdale Avenue Temple in Cincinnati, Ohio, the Victor E. Reichert Robert Frost Collection includes a handwritten draft of Frost’s poem “A Milkweed Pod” and four letters from Frost to Reichert; a number of Frost’s publications inscribed to Victor and other members of the Reichert family; Reichert’s notes and drafts of his writings on Frost; audio recordings of Frost’s 1946 sermon at Rockdale Avenue Temple and 1960 lecture from his honorary degree at Hebrew Union College-Jewish Institute of Religion; photographs; Reichert’s correspondence with Frost scholars; more than 600 news and other clippings related to Frost along with many of his magazine appearances; and other Frost memorabilia. More information about the collection is available at library.buffalo.edu/robertfrost. 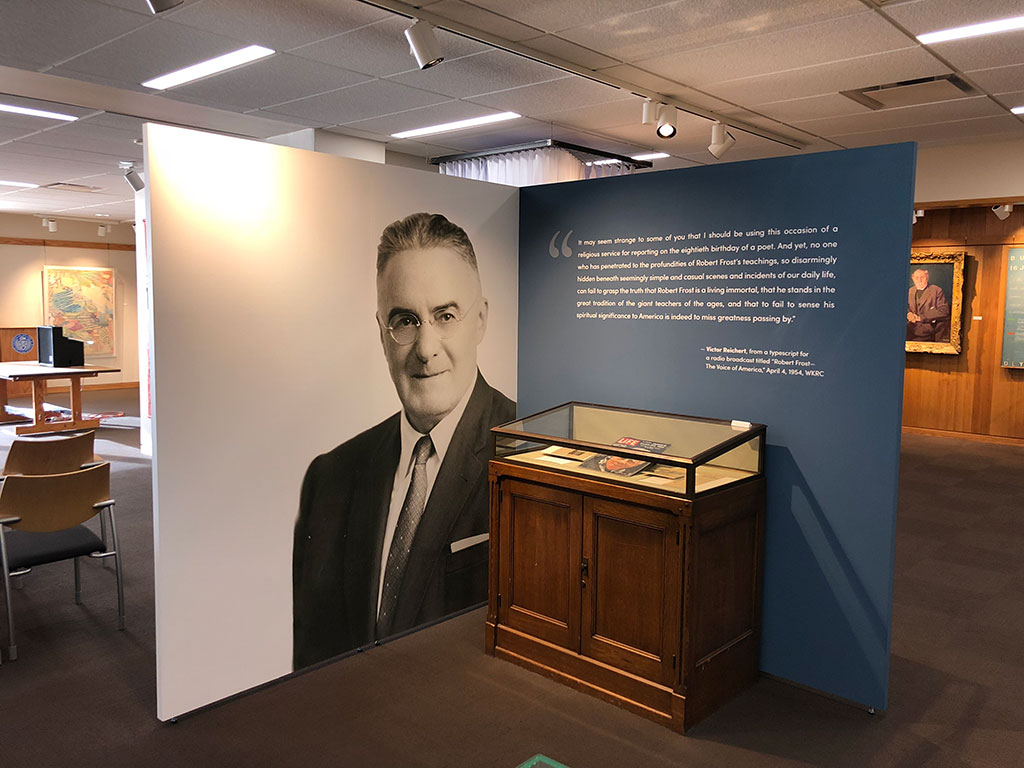 In the Name of Friendship: Robert Frost & Victor E. Reichert will be on display in Capen 420 through the end of the 2018/2019 academic year and is open to the public from Monday through Friday 9 am to 5 pm. For more information contact lpo-poetry@buffalo.edu or call 716-645-2917.