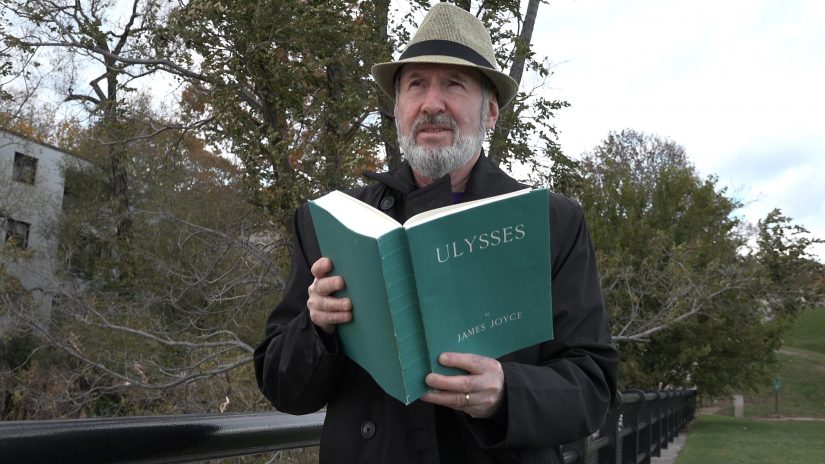 Photograph of Michael Groden by Godfrey Jordan. Used with permission.

Remembrances of and tributes to Michael Groden and his legacy by colleagues and former students:

Michael Groden was born in Buffalo in 1947 and graduated from Dartmouth College (B.A., 1969) and Princeton University (M.A., 1972, Ph.D., 1975). He moved to Canada in 1975 to teach at the University of Western Ontario (now known as Western University) and was Distinguished University Professor in the Department of English and Writing Studies there until he retired in July 2014.

He lived for many years in Toronto with his wife, poet, memoirist, and biographer Molly Peacock, author most recently of the biographies Flower Diary: Mary Hiester Reid Paints, Travels, Marries & Opens a Door (ECW Press, 2021) and The Paper Garden: Mrs. Delany Begins Her Life’s Work at 72 (McClelland & Stewart, 2010); the alphabet-based short-fiction collection Alphabetique: 26 Characteristic Fictions (McClelland & Stewart, 2010); and The Analyst: Poems (W.W. Norton / Biblioasis, 2017). Michael Groden passed away on March 25, 2021 after a decades-long bout with cancer.

The University Press of Florida is pleased to offer Michael Groden’s “Ulysses” in Focus for $20 + free US shipping with code MLA22.

Johns Hopkins University Press is pleased to offer a 35% discount on Michael Groden’s Contemporary Literary and Cultural Theory and The Johns Hopkins Guide to Literary Theory and Criticism with code HJHL (www.press.jhu.edu).

Established by Dr. Michael Groden, the Groden Fund supports the UB James Joyce Collection, including the purchase and preservation of materials related to other Irish and Irish-American poets and artists who credit Joyce as a major source of inspiration. Please consider donating to this fund in recognition of the life and work of Michael Groden.