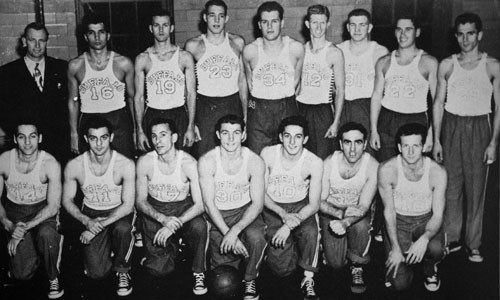 Mal Eiken was in his third year as head coach of the University at Buffalo basketball team during the 1948-1949 season.

Coach Elkin was cautiously optimistic at the start of the season saying, “We’ll have a better team this year but we also have a rugged schedule.”

The 20 game schedule included four games at the Buffalo Memorial Auditorium with a marque match against the University of Georgia Bulldogs the week before Christmas of 1948.

The U.B. squad took a huge blow when Paul Brady, the tallest Buffalo man, and one of the teams leading scorers, withdrew from school after the fall semester. Bob Eldridge finished the season as the teams top scorer and won the 1949 Dom Grassi award as UB’s Athlete of the Year. The 1948-1949 Buffalo team included two future U.B. head basketball coaches in Len Serfistini (1956-1970) and Ed Muto (1970-1973). 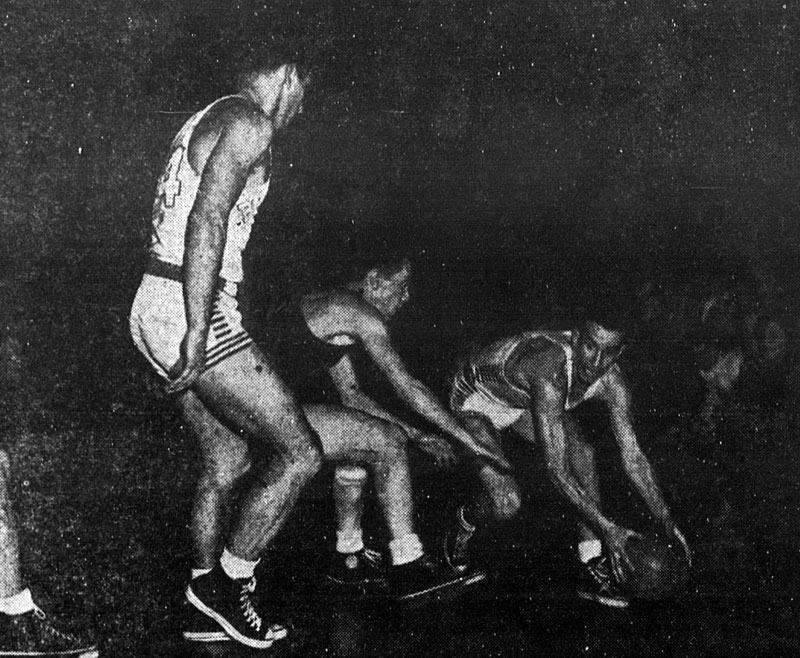 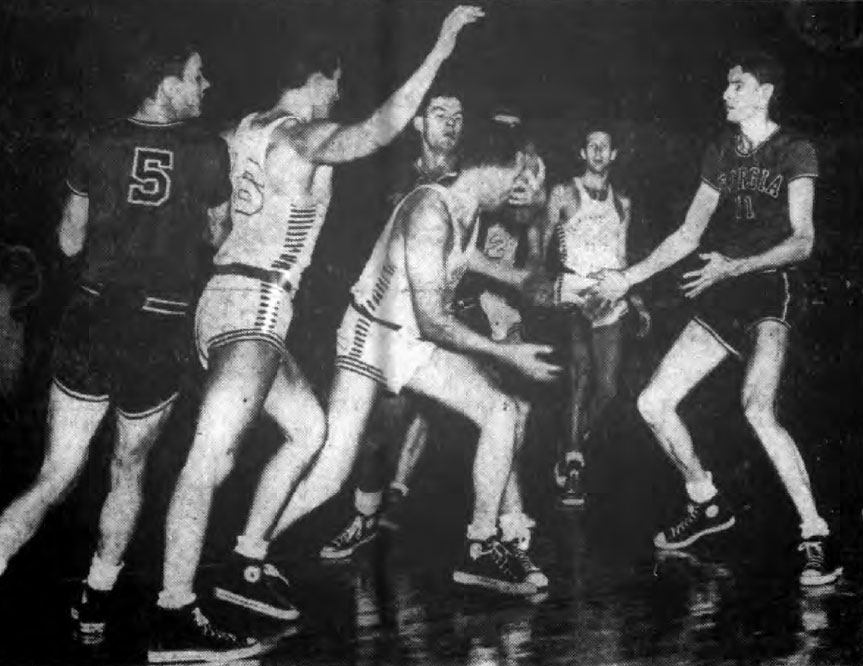 A fast-breaking University of Connecticut quintet posted a 52-39 victory over the University of Buffalo last night in Clark Memorial Gymnasium before a capacity crowd.

The invaders built up a 6-1 lead midway through the first quarter and maintained that margin throughout the game. Jack Chalmers was the first UB player to find the range from the floor after seven minutes and 45 seconds had lapsed.

It was the Bulls third setback in seven games and the Huskies’ seventh triumph in nine outings.

Connecticut piled up a comfortable 15-6 edge at the end of the opening quarter and led 24-16 at the intermission. Although holding a slight advantage in height, UB failed to show its form as it did in downing Lafayette last Monday night.

Hank Bartnicki and Pete Lind tossed in four and three points, respectively as the second half began to give Connecticut a 13 point margin. Chalmers cut the deficit to nine points with two spectacular hook shots.

The schools traded points with Lind sinking one from the pivot before the third quarter ended to give Connecticut an eight point lead, 38-30. Chalmers tapped in a rebound and Bill Needham netted a free throw and UB looked as though they were back in the game.

Joe Maloney flipped in a free throw and Charlie Muzikevik and Bartnicki tossed in two-pointers each as the Huskies pulled away again to a ten point edge.

The Neumann CYC registered a thrilling 43 – 42 overtime victory over the Baby Bulls in the opening game.