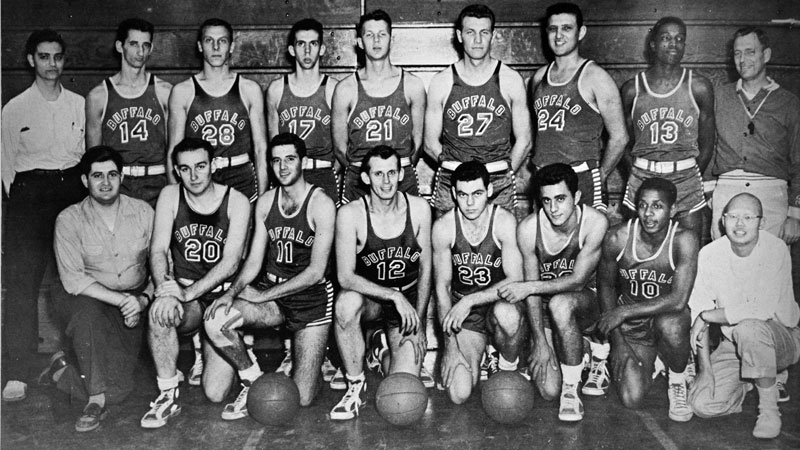 The 1954-1955 season capped the career of Buffalo sports legend Jim Horne.  Horne’s career as a four-year starter at U.B. featured eleven school scoring records, including most points in a game (41) and career (1,833). He was recognized with the annual Dominic Grossi Award, bestowed upon the athlete who has made the greatest contribution to the UB athletic program, for three consecutive years (1953, 1954, 1955).

After graduation, Horne played with the Harlem Globe Trotters.  Jim Horne is a member of the University at Buffalo Hall of Fame (1966) and in 1996, the University retired his jersey, number 13. He was inducted into the Greater Buffalo Sports Hall of Fame in 1997. 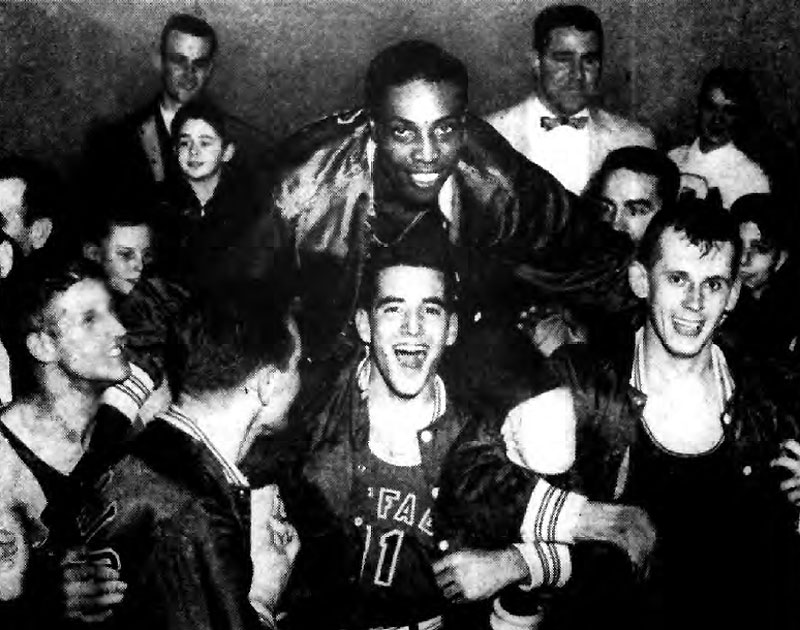 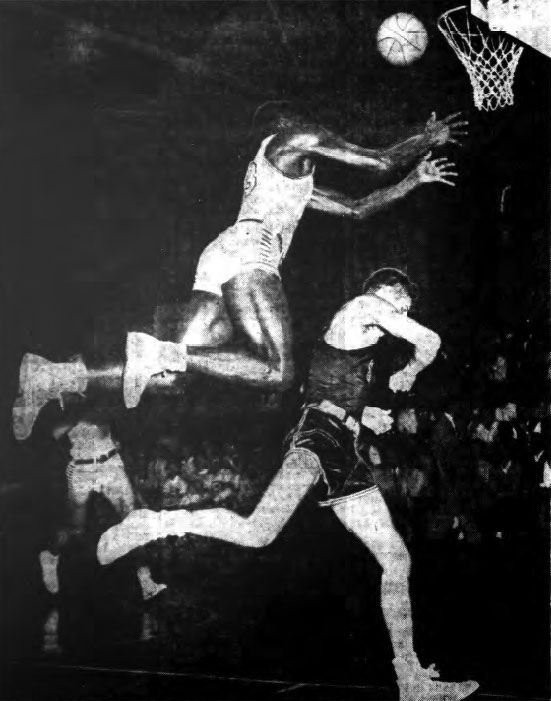 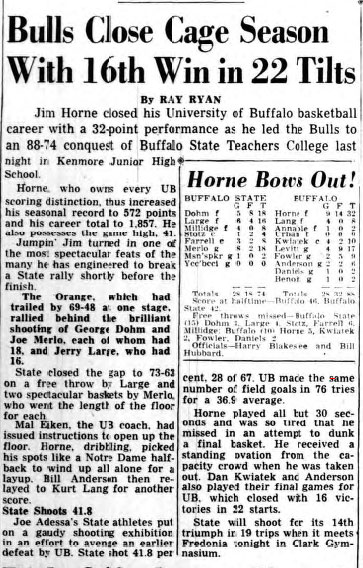 Jim Horne closed his University of Buffalo basketball career with a 32-point performance as he led the Bulls to an 88-74 conquest of Buffalo State Teachers College last night in Kenmore Junior High School.

Horne, who owns every UB scoring distinction, thus increased his seasonal record to 572 points and his career total to 1,857. He also possesses the game high, 41. Jumpin’ Jim turned in one of the most spectacular feats of the many he has engineered to break a State rally shortly before the finish.

The Orange, which had trailed by 69-48 at one stage, rallied behind the brilliant shooting of George Dohm and Joe Merlo, each of whom had 18. and Jerry Large, who had 16.

State closed the gap to 73-63 on a free throw by Large and two spectacular baskets by Merlo who went the length of the floor for each. Mal Eiken, the UB coach, had issued instructions to open up the floor. Horne, dribbling, picked his spots like a Notre Dame halfback to wind up all alone for a layup. Bill Anderson then relayed to Kurt Lang for another score.

Joe Adessa’s State athletes put on a gaudy shooting exhibition in an effort to avenge an earlier defeat by UB. State shot 41.8 percent, 28 of 67. UB made the same number of field goals in 76 tries for a 36.9 average.

Horne played all but 30 seconds and was so tired that he missed in an attempt to dunk a final basket. He received a standing ovation from the capacity crowd when he was taken out. Dan Kwiatek and Anderson also played their final games for UB which closed with 16 victories in 22 starts. State will shoot for its 14th triumph in 19 trips when it meets Fredonia tonight in Clark Gymnasium.