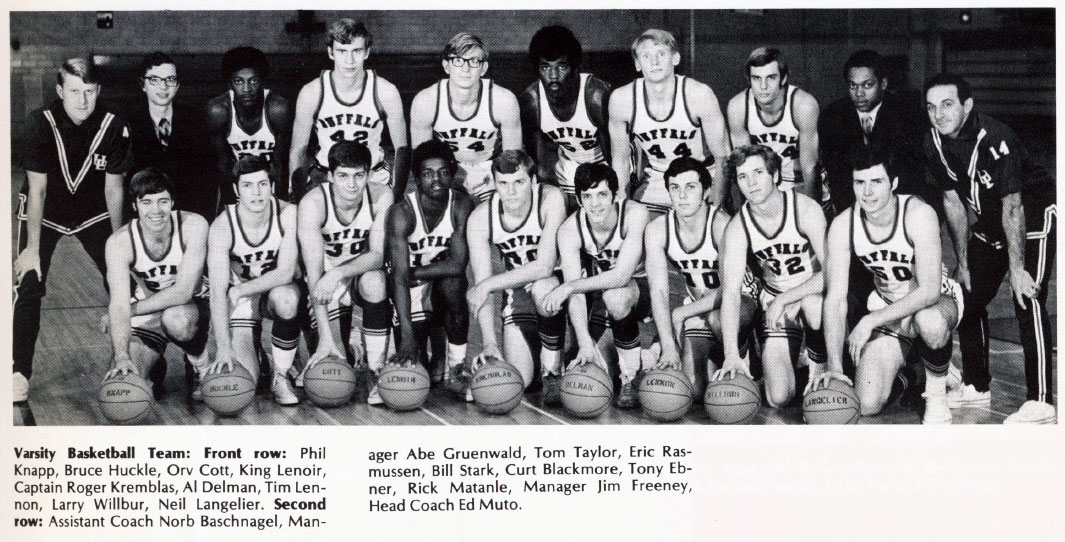 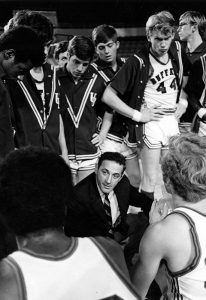 The 1960s were definitely over.  The 1970s had arrived. And with it, new opportunities and new challenges to Buffalo Athletics.  The 1970-1971 marked the debut of new Buffalo head coach Ed Muto, who replaced Dr. Len Serfustini.

The previous 1969-1970 season saw both a player boycott and lost games due to UB campus unrest. When it was over, three of the Bulls’ best players, Steve Waxman, Ron Gilliam, and Guy Vickers transferred to other schools. And yet with all the distractions, the 1970-1971 season still held promise. Ed Muto called the upcoming campaign as “The finest schedule this school has ever played.”  It certainly was ambitious. 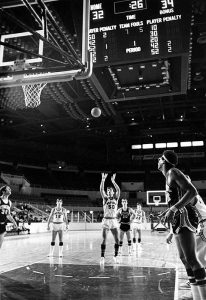 The Bulls started their season with a home game against Syracuse and road games against Maryland and North Carolina – Charlotte.  It ended it on the road playing the Cincinnati Bearcats. Although Buffalo lost all their games to these traditional college basketball powers (a 109-70 beating against Maryland was particularly brutal), the experience seemed beneficial as the Bulls easily whipped lesser teams. 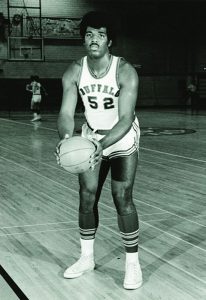 The Bulls played three of the games in the Buffalo Memorial Auditorium: the season opener against Syracuse, as well as transitional rivals Niagara and Buffalo State. Buffalo State’s Randy Smith hit a jump shot at the buzzer in the Aud as the Bulls lost in heartbreaking fashion, 87-85.

Outstanding sophomore was 6-foot, 6-inch center, Curtis Blackmore. Blackmore scored 28 points and picked off a school-record 29 rebounds to lead the Bulls to a 96-62 trouncing of Stony Brook. He also received the Most Valuable Player award. Others like Tony Ebner, Phil Knapp, Neil Langelier, Rick Mantanle and Roger Kremblas helped to bring victories for the Bulls.

* Game played at Scranton, PA as part of the Scranton Holiday Basketball Tournament