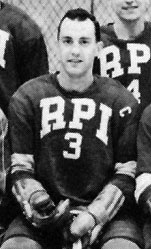 In the Fall of 1962, an ice hockey team at the University at Buffalo was formed. Karl Balland, a head dormitory resident at U.B., spearheaded the drive and served as coach of the team. Balland played varsity hockey at Rensselaer Polytechnic Institute, one of the top hockey schools in the country. He served as the co-captain on the 1958-59 RPI team.

The Buffalo club saw its way through many difficulties including midnight practices at the Fort Erie arena, paying for the ice time, and providing its own equipment. Regular players for Buffalo were:

Buffalo hoped to join the Finger Lakes Hockey Conference the following year if enough school support could be obtained.