About the Polish Room

Description of the Polish Collection

The collection includes over 12,000 volumes. Its strengths are in literature and history, but the genealogical literature and the language sections are very strong for a collection of this size. Because of the broad scope of Polish studies, the range in Library of Congress class numbers is literally A to Z. In addition to the book collection, the Polish Room possesses a number of unique materials, which include; 21 manuscripts of the Polish kings from the 16th to 18th centuries, and letters and other signed documents of important people of the 20th century, including writers such as: Stefan Zeromski, Maria Konopnicka, and Maria Dabrowska. There are also two rare and valuable Polish books.

In other formats, the Polish Room has more than 100 videorecordings, including Polish commercial and art films, opera and theater productions, and a number of audiotapes of Polish literary works. There are a few Solidarnosc documents and 135 underground press books on microfiche, part of the Solidarnosc fiche collection assembled at Harvard University. Also on microfiche are the Radio Free Europe/Radio Liberty background reports on Poland from 1967 to 1989. On microfilm we have a collection of immigrant publications that comprise part of the Immigrant in America collection. Additional materials on Poland and Polish Americans are available in the general Lockwood Memorial Library collections.

History of the Polish Room

The Polish Room owes its existence to a special relationship between the University, the city of Buffalo, and the local Polish community. It was established in 1955, on the occasion of a large conference of Polish Americans held in Buffalo, then home to a thriving Polish Arts Club and many other organizations and institutions devoted to preserving their Polish heritage. The 21 royal documents, that are the cornerstone of the collection, were donated to the library by the owners of Sattler's Department Store as a symbol of goodwill and commitment to the East Side of Buffalo and to Polonia. Their purchase was arranged by the prominent Polish journalist, Aleksander Janta, who had made Buffalo his home.

Since 1955, the Polish community of Buffalo has dispersed somewhat, but Buffalo remains a center for many Polish cultural activities. For many years the Polish Room participated in the exchange of books and journals with scholarly publishers in Poland.

There is an undergraduate Center for Polish Studies at the University, offering courses in the Polish language, Polish literature in translation, post-war history and culture. Visiting professors from Poland offer additional courses, including advanced Polish. The Polish Room also occupies an important place regionally for the State University of New York and other educational institutions in Western New York, Southern Ontario, and Western Pennsylvania. Scholars from Binghamton, Rochester, Toronto, and Syracuse, as well as from the local area, use the Polish Room regularly for their research, and the Room has become a reference source for many people outside of academia, including genealogical researchers, Polish immigrant high school students, and Polish Americans with an interest in their heritage. Among the students and faculty who use the collection frequently are those researching topics in political science, history, comparative literature, sociology, theater, law, and environmental studies.

A long lost UB Libraries treasure has been recovered. A stained glass medallion, depicting Marie Curie, has returned to the UB Libraries, thanks to a generous donor and the diligent work of a UB alumnus.

The Polish Room is open 10 hours a week and by appointment to the members of the UB community, visiting scholars and the general public. All materials are housed in secure stack areas on and off site, and are made available for use in the Polish Room. We ask for your understanding of the policies that balance the need for access with the long-term preservation of the collections, and appreciate your cooperation.

All materials housed in the Polish Room are non-circulating and are retrieved for researchers upon request. Some materials are located off site; please contact staff ahead of your visit to arrange delivery. Many items from the Polish Collection are located in the general collection in Lockwood Library, and are able to circulate.

Researchers must contact the Polish Room to obtain reproductions of images and to request permission to use any image. Copyright restrictions and reproduction permissions vary from collection to collection. Persons who publish or use this material in any manner assume all responsibility for identifying copyright holders and meeting any requisites for use. Use of any images from Polish Room collections must be accompanied by the correct collection citation.

Please feel free to contact the Polish Room if you can supply any information that helps to further identify either the content or creators of any images in our collections. 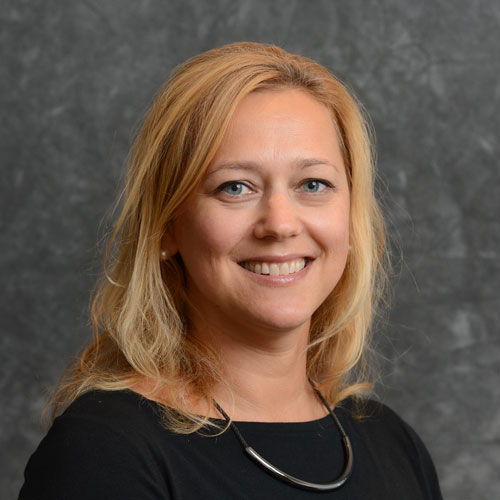 Rose Orcutt is the subject librarian for the Polish Room and is available for research consultations, instruction, curricular support & purchase requests.